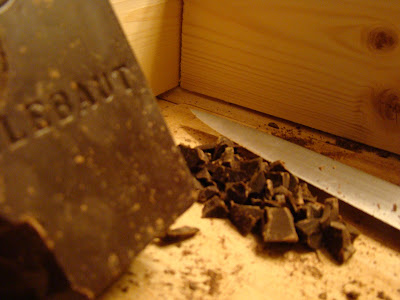 I made this cake for Christmas, and though I was a little underwhelmed by the cake itself (almond and my picky preggo palate just weren't jiving that day), I loved the chocolate buttercream. It's a lighter chocolate flavor, so if you're looking for a death-by-chocolate sort of deal, this is not your frosting (though I do have something to post for you fellow chocoholics later). I'm a bit surprised by how much I liked this, considering it's a quick buttercream and not the cooked meringue style I usually prefer; however I do think it could be improved upon with a bit of Bailey's. Either way, I like this for a quick, not-too-heavy on the chocolate chocolate buttercream. It's not the greatest for decorative piping, but it works enough for the basics. 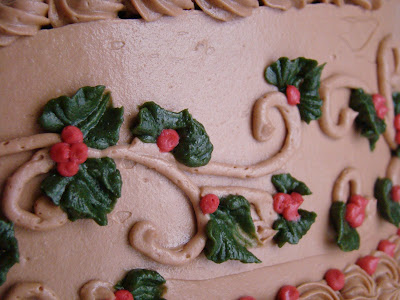