While in the Minneapolis area, I convinced my husband to take his sister and me to Hell's Kitchen in the city (no affiliation with Gordon Ramsay), fittingly located in the basement of a building and decorated in unsettling hellish-themed paintings, red and black-themed walls, spindly trees complete with creepy black birds, and a chandelier that would make a pincushion out of a person if it were to fall on someone; yet with all that, the decorator managed to avoid an over-the-top, macabre feel to the place. It's just right, and that's saying a lot for me since I'm really not into demons or general evilness. 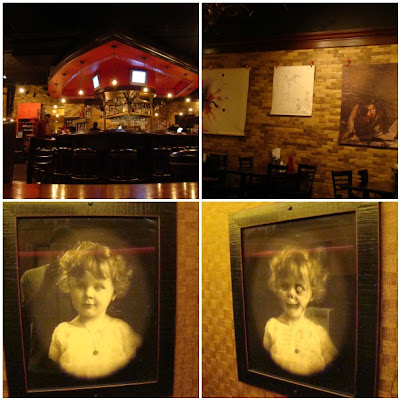 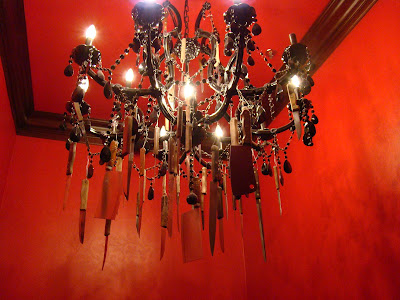 Though the food was good all around, the stand-out on the menu was their house made peanut butter. Sure, you can go for their great brunch menu (try their yogurt. They make their own, scented with lemon and vanilla and topped with fresh berries. It's divine) or their fantastic bison burgers or even their strangely sweet and delicious black currant sausage bread that tastes nothing like you would expect (you've just gotta trust me on that one), but even if the rest of the food completely and utterly sucked, you would still need to go there, order some toast, and slather it with their PB. It's not the smooth, anemic peanut butter of your childhood; no, this stuff is what every little peanut wishes it can grow up to be. I'm talking heavenly roasted peanuts with honey, brown sugar, and spices that just bring out a certain flavor that I didn't know peanut butter could have. I could eat that stuff for days- and luckily for me (and for you after you taste it), I can. They sell it, and probably make a killing off of it. Really, even if you never make it to the restaurant, I BEG you to at least order it off their website. I don't mean to sound like a commercial for them, but it's just that good. If I haven't convinced you yet, they also serve their toast with an out of this world blackberry jam and blood orange marmalade, which I am kicking myself for not purchasing. I know it sounds strange to be talking so much about peanut butter and jam, but I really REALLY like toast. 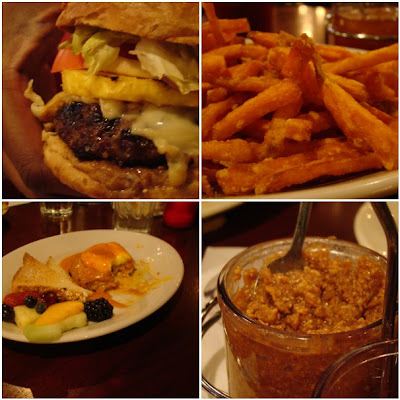 Jamaican Jerk Bison Burger; Sweet Potato Fries; Shrimp and Crab Cake with Poached Egg, Berries, and Toast; Peanut Butter
We enjoyed everything else we tried, with one exception: my husband's ham, poached pear, and melted fontina sandwich. I heard a piece on NPR with Gourmet's Jane and Michael Stern several months ago raving about how it was one of the best sandwiches in the country... but we found it texturally lacking and a little too sweet. I was expecting something a tad more savory, and something crunchy tucked in there would've been nice... but who cares. I just really liked the peanut butter.
Posted by nicole at 9:19 AM